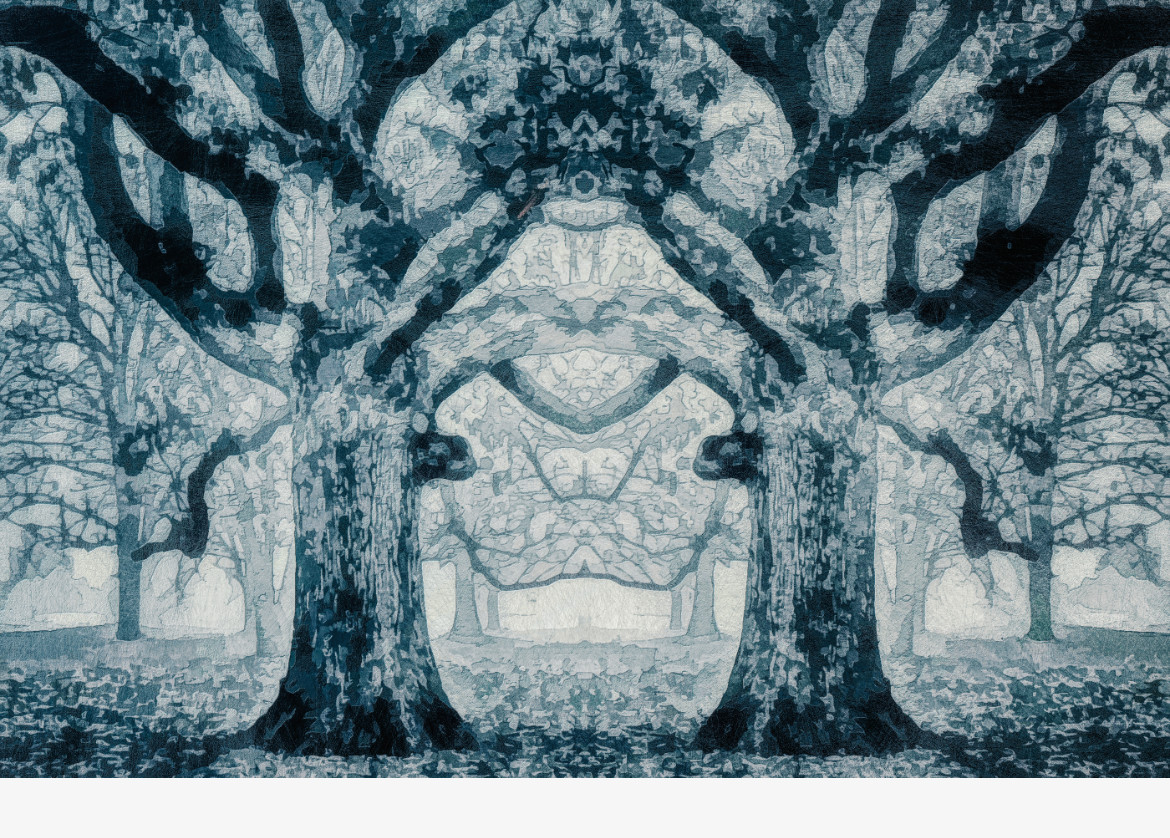 This artwork is not an image, but an image and title. When separated or experienced in isolation, they are diminished.

'Moose Hide in Winter Oak' is playful, magical. It is as if I stand before a world transformed, its arch, an invitation. Perhaps if I step through its opening I will see far more than the monochrome, single coloured tones my eyes first perceive. For me, this promise of what may be on the other side drives my imagination.

Moose: the name of an individual or plural members of the largest of deer species. Moose are one and many...

Hide: to place or keep out of sight. My act, or another's.

In: enclosed or surrounded by something else. To be enveloped by, immersed in, physically or emotionally, spiritually or intellectually.

Winter: the coldest season of the year, not experienced by those living in the tropics which amounts to around forty percent of the earth's human population.

Oak: a long lived member of the beech family of trees known for its strength. The first three letters of the place where I live: Oakley.

The left half of the image is almost a mirror of the right, but not quite. This reminds me of the duality of my twenty four hours of life: my night and day; my being awake or asleep; my dream and reality; my reason and enchantment.

Two moose face one another, their long distinctive noses poke out from the thick trunks as if they are encased by them. Their antlers seem hidden within the branches that reach up into the canopy. The scene hints at part of a larger enigmatic narrative. Beyond the two large trees that form an arch lies a hill that rises towards a land far distant from the world of cities and people. A world where nature and its creatures play hide and seek as we come across two unlikely participants, the moose.

You may be doubtful that such a scene exists, and if you are, you may never be fortunate in passing through the arch that bends so close and clear.